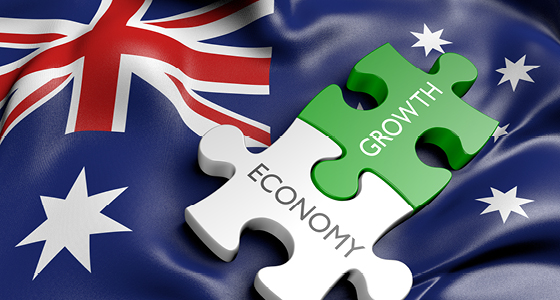 The Australian Chamber expects that, with the right policy settings to encourage business and measures already in place, the economy will pick up despite disappointing economic growth figures out today.

“While the June quarter GDP growth is disappointing, the outlook is more positive,” ACCI chief executive James Pearson said.  “The RBA has lowered the cash rate twice in recent months to an historic low of 1% and the Government delivered personal tax cuts in July.

“Weaker growth in the June quarter was in line with expectations given the uncertainty in the lead up to the election in mid-May and weak housing demand which weighed on consumer confidence and household consumption.”

“We expect the cash rate cuts and personal tax cuts to have a noticeable stimulatory impact on economic growth in the September quarter. They will put more money in people’s pockets, which will encourage households and businesses to spend and invest more.  As the RBA noted yesterday, we are already seeing a turnaround in major housing markets.”

“Also on the plus side, the importance of international trade was apparent in the current account figures released by the ABS yesterday. This data showed Australia achieved a current account surplus of $5.9 billion in the June quarter 2019, the first surplus since June 1975. The trade in goods and services component of this achieving a record surplus of $19.9 billion. This reinforces the importance of Australia being an open, trade economy.

Mr Pearson said the ABS Business Indicators data released this week suggest that despite the weak economic growth businesses remain profitable and are continuing to take on new workers.

“We look forward to the Australian Chamber – Westpac Industrial Trends survey due next week for further insights into expectations for business profitability and plans to invest in plant and equipment.

“The Treasurer recently highlighted that productivity growth is below trend and there remains global uncertainty driven by the US-China trade dispute and Brexit,” he said.

“These are contributing to weaker investor confidence and acting as a drag on business activity.

“To address this, we support the Government’s reported consideration of an investment allowance to encourage businesses to upgrade and modernise their plant and equipment to increase productivity.

Mr Pearson said businesses need policies to lift productive capacity through investing in skills, technology and infrastructure, lowering energy costs, and cutting red tape, including in workplace relations, to make it easier to do business and create well-paying jobs.

“That will support business growth, build confidence to invest and create more jobs for the benefit of all Australians.”