The Australian Chamber of Commerce and Industry is urging the COAG Skills Ministers to focus on finding solutions that will deliver increased funding for Vocational Education and Training (VET) when they meet tomorrow.

ACCI director of employment, education and training Jenny Lambert said that while there are many issues to address in VET reform, “funding consistency is one area that needs urgent attention. This means consistency not just between jurisdictions, but also within them.”

“You only need look at changes in the number of VET students that have been publicly funded over the last three decades to see how inconsistent the approach has been to how the sector is funded,” Ms Lambert said. 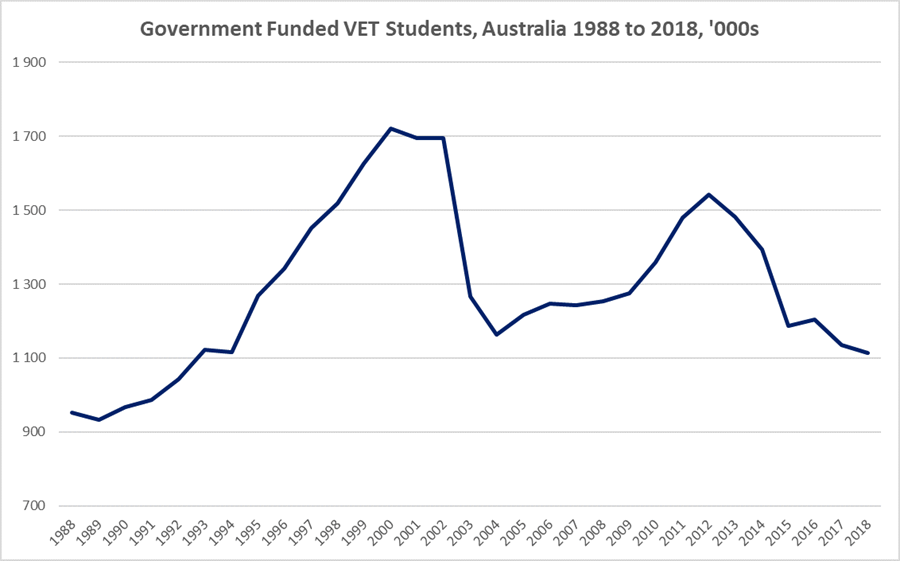 “Funding has risen, fallen, risen, fallen and according to the stats from the NCVER released last week, perhaps is on the slow rise again – but a sector cannot possibly function effectively in the face of such uncertainty.

“Schools and higher education funding have been the focus over recent years and the irony is that these sectors have been arguing over the size of the increase rather than contemplating where that funding actually falls.

“VET is not afforded the same respect even though its skills are of high value to the productive capacity of the economy.

“There is no doubt that other issues such as quality of delivery and ensuring that the training packages continue to meet industry needs are important. However lack of certainty in funding, and inconsistency in policy at both State, Territory and Federal levels particularly over the last two decades is fundamentally undermining VET.

“We are seeking for all governments to commit to real funding increases for VET to meet the skills needed in the economy over the long term, something that the other education sectors (childcare, schools and higher education) take for granted.

“The Federal Government has now firmly put VET front and centre on the COAG agenda and we should seize this opportunity to achieve real, long lasting change.”