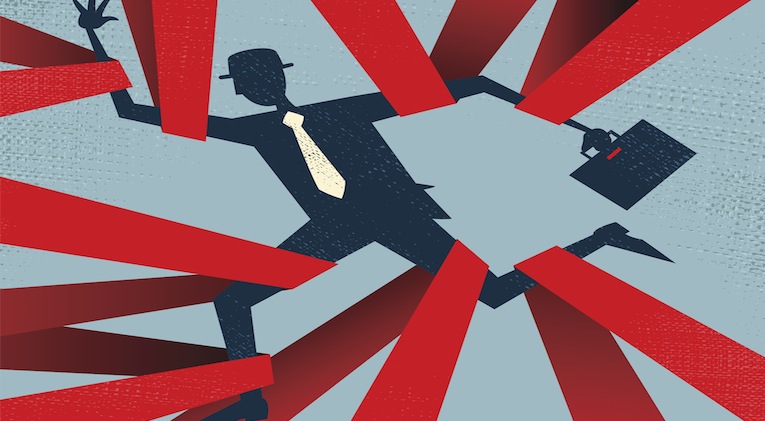 The recent pause in tariff hikes between the US and China is welcome. But ongoing trade tensions between our most important strategic partner and our most important trading partner mean this is a crucial time for sensible reform to boost the competitiveness of Australian businesses.

Notwithstanding the decision to delay implementation for some items until December, the United States recently announced an additional $300 billion in tariffs on imported Chinese goods. China responded by devaluing the Yuan to above 7 to the US$ — a threshold not breached since the Global Financial Crisis in 2008.

China’s economic growth slowed to 6.2% in the second quarter of 2019 — its lowest recorded level since China started reporting these figures in early 1992.

Back then, as a trade negotiator and economic analyst in Beijing, I had a front row seat as the mighty Chinese economic engine fired up and drove Australian – and world – growth for the next three decades.  But figures showing China’s exports and imports contracted in June 2019 remind us that we cannot be complacent.

Australia has yet to feel significant impact from these developments. But we are not immune.

China accounted for between 30% and 40% of our total exports over the past year. Between January and June 2019, our exports to China increased over 46% to $14.1 billion, in part due to supply disruptions affecting our major competitors, particularly in iron-ore.

Lower economic growth in China would weigh on our commodity exports, which would flow through to our balance of trade and current account.

It’s a timely reminder of the importance of free trade and how it works.

In recent decades, efforts to develop a rules based system for international trade through the World Trade Organisation have lifted millions of people out of poverty across the globe. In Australia, we have seen our living standards, incomes, asset values, education and lifestyles dramatically improve.

At the same time, it is not hard to see how protectionism has appeal to industries and sectors of the economy, and the people working in them that feel threatened by changes which occur when markets are open to competition and innovation.

Politicians are pressured to respond to the immediate concerns of their constituents with tariff and non-tariff barriers, to protect them from change. Australian governments have by and large resisted those pressures, because they recognise that, while tariffs and protection might advantage a few, they increase the costs for all Australians.

People adversely affected by change need support to transition to new innovative and competitive industries and the firms within them; and this is best done through education and training and support to find new work, not by erecting walls.

The US and China, due to the vast scale of their internal markets, can sustain the negative impacts of increased protection for some time.

Australia’s economy does not enjoy the same buffer of internal scale, and we rely on trade to grow and prosper.

Our best defence is to make sure our economy is fit for the fight. And there is plenty we can do to bulk up our competitive muscle. We can start by getting power prices down, making sensible and practical reforms to workplace regulations, investing more in skills and cutting red tape. Anything that adds costs to business, without delivering a benefit greater than the cost, makes it harder for Australians to compete in global markets.

Reducing these costs makes Australian firms more competitive. And that gives them more opportunity to grow, create more jobs and pay higher wages.  In the face of global economic headwinds, the good news is that we have the means to be the masters of our own destiny.

Registered organisations are bestowed with special rights and privileges under Australia’s workplace and taxation laws, and their members place a great deal of trust in...

Trade: It's time to focus on the west

By James Pearson The Pacific Ocean to our east and Asia to our north dominate Australian foreign policy and defence thinking and loom much larger...