Prime Minister Anthony Albanese yesterday announced the dates for the much anticipated Jobs and Skills summit. Due to be held at Parliament House in Canberra, the Summit will take place on Thursday 1 and Friday 2 September 2022. 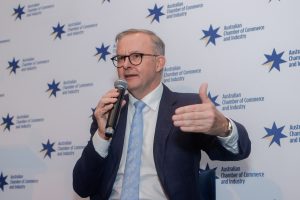 Prime Minister Albanese announced his commitment to delivering the Jobs and Skills summit to guests at ACCI’s Pre-Election Address in May 2022.

What is the Jobs and Skills Summit?
The Summit sees the fulfilment of an election commitment with the goal of building a “bigger, better-trained and more productive workforce” along with improving living standards and giving Australians more opportunity to get ahead. It will recommend immediate actions and opportunities for medium and long-term reform.

Approximately 100 attendees will be invited to the summit in September.

What’s on the agenda?
The Summit will be led by the Prime Minister and Treasurer with input from all Ministers. Individual Ministers Katy Gallagher, Tony Burke, Clare O’Neil, Amanda Rishworth, Brendan O’Connor and Ed Husic, will lead the following policy areas:

What will be the likely outcome?
Treasurer Jim Chalmers has indicated that the outcomes from discussions during the forum could be implemented as early as the October federal budget.

The themes and outcomes of the summit will inform the full employment white paper which was also an election commitment from the Prime Minister. Led by Treasury, the white paper will help shape the future of Australia’s labour market. Calls for submissions will be made over the next 12 months.

How will ACCI be involved?
Of the approximately 100 people to be invited, representatives from ACCI will attend along with other employer groups, unions, community groups and governments.

ACCI has been in contact with various Minister’s offices and the Treasury about the summit.

Following calls from the Treasurer, ACCI will deliver its own submission to the white paper process and in so doing, will be a strong representative voice brought into the discussion on Australia’s economic challenges.

We will keep you updated as we receive further information.

More information can be found on the Department of Prime Minister and Cabinet website, or on the Treasury website. 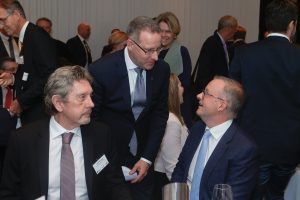