News|Archive|Fairness must be at heart of Annual Wage Review

Fairness must be at heart of Annual Wage Review 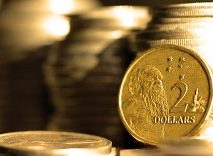 The Fair Work Commission should deliver an Annual Wage Review outcome that is fair for job seekers, employees and small businesses in an economy facing headwinds, the Australian Chamber of Commerce and Industry said today.

The Australian Chamber has lodged a submission to the Annual Wage Review recommending a 1.2 per cent increase in award minimum pay rates. This equates to an increase to the National Minimum Wage of $8.10 per week, bringing it to $680.80 per week.

James Pearson, CEO of the Australian Chamber, said: “We call on the Fair Work Commission to deliver an Annual Wage Review decision that is fair for jobseekers, fair for employees and fair for small businesses. At present Australia has one of the highest minimum wages in the world.

“Australia is experiencing persistently high underemployment and unemployment, especially in regional areas. Long-term unemployment is particularly troubling, with the number standing at 180,000 people, up 7.7 per cent last year. We need to make it easier for businesses to give unemployed people a job.

“Private sector wage growth is at a record low, at 1.8 per cent in the December quarter, which is a strong indicator of ongoing spare capacity in the labour market. As Reserve Bank Governor Phillip Lowe noted in February, ‘spare capacity is likely to remain in the economy for some time yet’.

“Inflation remains low, at around 1.5 per cent last year, protecting quality of life by giving some relief to households from cost-of-living pressures.

“The September-quarter decline in GDP was thankfully reversed in the following quarter, but economic volatility has left business confidence fragile and many businesses are reluctant to make major investments.

“The minimum wage should not create a barrier to the entry of low-skilled and young people into employment. It should not add to the already unacceptably high rates of underemployment. Participation in paid work is critical to maintaining living standards and preventing poverty and social exclusion.

“The workplace relations system should support employers to provide training and jobs for young people. This involves a providing minimum wage for trainees and apprentices that reflects their age, work and education balance, and experience. Vocational education and training helps people enter higher-paid employment later in life and ensures that Australia has the pipeline of skills it needs.

“As the Australian economy continues its transition from reliance on resources to other sectors, we need to make it easier for workers to shift to new locations and new industries. The minimum wage decision needs to facilitate this transition rather than be an impediment.