What if women in regional South Africa were helped to become bakers, installing a wood-fired oven at home, getting training to use it and accessing pre-mixed ingredients to bake bread? That was the idea behind Mama Mimi’s, a company started by serial entrepreneur Tracey Cook. 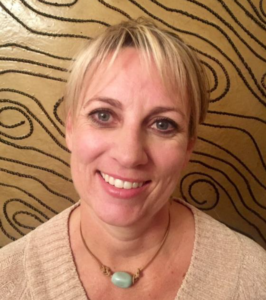 Ms Cook attended our Trade and Digital Literacy Symposium in Pietermaritzburg, South Africa, in March, where she learned about how technology can help her business expand and lift more women out of poverty.

“The bakers work from home and can bake up to 40 loaves of bread a day, then they sell it to the local community, to churches and to schools,” Ms Cook explained of her network of female entrepreneurs.

Mama Mimi’s loaves are often cheaper than those sold at supermarkets, and the business has even partnered with other small retailers called “spaza shops” and various community upliftment organisations.

The impact of Mama Mimi’s on the bakers in its network is stark. “It is rewarding to see a lady who was unemployed is now looking after her family and putting her kids through school,” Ms Cook said.

The Symposium helped Mama Mimi’s to better use technology. Already the business uses Facebook to share training videos and accepts application forms from aspiring bakers online. It also uses the internet to seek funding from corporate supporters and non-government organisations.

Like every business, Mama Mimi’s has faced occasional frustrations. Import duties can eat away at funds from sponsors, while strikes mean goods can get stuck at a wharf for up to a week. A lack of access to finance means the business cannot scale up as quickly as Ms Cook would prefer.

Despite those limitations, Ms Cook and her team has now taken Mama Mimi’s overseas, setting up operations in Zambia, Tanzania and Mozambique. She intends to soon venture to the Pacific, introducing the business model to women in Papua New Guinea.

“Our ovens can run off the grid and use wood as fuel,” Ms Cook said. “This enables us to go into very remote villages and empower women to become self-sufficient.”