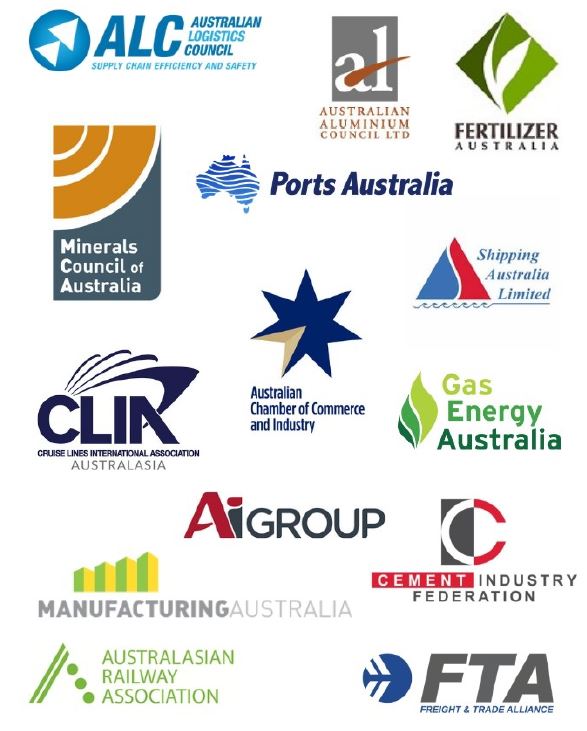 The Australian Government announced a biosecurity levy in the 2018 budget due to be implemented this July that is significantly flawed.

As Australian industry participants we would like to formally register our deep concern regarding the proposed biosecurity levy and urge the Government to remove it from the 2019 Budget.

Industry welcomes the Government’s recognition on the need for an Industry Steering Committee to better inform Government on improving the proposed Biosecurity levy scheme design.

This announcement is acknowledgement the current proposal is flawed and fails to recognise the damage the levy would do to the competitiveness of the freight supply chain, key export industries and the cruise sector, as well as the higher costs for consumers.

Whilst no announcement has been made regarding the membership of this Committee or its Terms of Reference, it is essential that participants represent all industry groups who form part of Australia’s biosecurity and that this Committee be given enough time to consider and present a workable proposal for the Government’s consideration.

To ensure the Committee has flexibility in developing a fair and equitable model, it is therefore imperative that this Biosecurity Levy be removed from the 2019 Budget to enable this work to be completed.

Industry’s main concerns with the process to date are:

We urge the Government to remove the proposed levy from the 2019 Budget and provide a genuine opportunity to industry to help design a fair and equitable model that improves Australia’s biosecurity ability.

Australians are being urged to look closer to home when booking their next holiday, to support the nation’s tourism industry in the wake of the...

The President, Board, members and staff of the Australian Chamber of Commerce and Industry (ACCI) have learned with great sadness of the passing of Bryan...

The Australian Chamber of Commerce and Industry welcomes the financial reprieve for bushfire-affected small businesses following the announcement of significant small business support by the Morrison Government...

Tourism package the start on a long road to recovery

The Australian Chamber - Tourism welcomes the Morrison Government's initial $76 million tourism recovery package today as part of a long road to rebuilding one of...

The thoughts of the business community, like all Australians, are with bushfire-impacted communities, and those who have lost their lives, lost family members and friends,...

The Australian Chamber of Commerce and Industry urges the Government to keep its eyes on the needs of small business, while welcoming the re-organisation of government...

The Australian Chamber of Commerce and Industry welcomes the reintroduction of the Fair Work (Ensuring Integrity No. 2) Bill 2019 into the Parliament this morning....

Focus funding on literacy and numeracy

The Australian Chamber of Commerce and Industry urges the Federal, State and Territory Governments to work together at the next COAG Education Council meeting to...

While the modest improvement in GDP growth in the September quarter is a positive sign the health of the Australian economy is improving, the Australian Chamber...

The decision by the Australian Senate to reject the Ensuring Integrity Bill will suffocate small businesses who don’t have the money or muscle to withstand...

ACTU should stick to the facts

It is time for the ACTU to stop the deliberate untruths and concocted misrepresentations on the impact of the Ensuring Integrity Bill. Today the ACTU, along...

The Australian Chamber of Commerce and Industry welcomes the release of proposed amendments to the Fair Work Amendment (Ensuring Integrity) Bill. “These are sensible amendments...

Power of innovation in deregulation reform

The newest deregulation reform unveiled by the Coalition Government is a welcome initiative which will start to relieve unnecessary burden on business, particularly small and medium enterprises....

The Australian Chamber of Commerce and Industry is urging the COAG Skills Ministers to focus on finding solutions that will deliver increased funding for Vocational Education and...

The COAG Energy Council must address Australia’s beleaguered eastern energy markets at its meeting in Perth tomorrow with the goal of restoring conditions for a...

Australian workplaces, in coordination with health, social and justice services, play an important role in supporting the mental health of Australians and the Australian Chamber is...

Inflation up despite global headwinds

The Australian economy continues to weather global uncertainly, with inflation edging upwards to 1.7 per cent in the Consumer Price Index for the year to September....

New cruise ship destinations and an increase in the number of days cruising passengers are spending in regional areas has helped buoy Australian regional tourism in the...