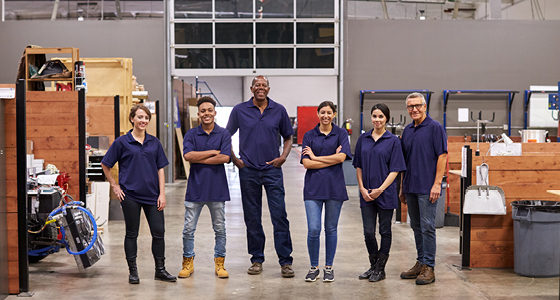 Australia’s largest and most representative business lobby group, the Australian Chamber of Commerce and Industry, today welcomes the announcement by the South Australian Government to create 20,800 additional apprentices over four years under the Skilling Australians Fund National Partnership Agreement (SAF).

The $100 million Skilling South Australia investment will be matched by the Federal Government with $103 million, providing a much needed boost to apprenticeship numbers in the state.

“We are pleased that South Australia has taken the lead in progressing the SAF. With action on declining apprenticeship numbers long overdue, we now urgently need the other State and Territory Governments to finalise their arrangements with the Commonwealth,” Australian Chamber CEO, James Pearson, said today

“Business supports the collaborative and inclusive approach adopted by the SA government in supporting apprenticeships. The process outlined in the announcement today allows business to come forward with project proposals which have the most likely chance of success in creating jobs and developing skills.

“Business is ready to work with State and Territory Governments to put forward projects under the SAF, and discussions have already progressed on a range of innovative approaches. We have urged all jurisdictions to consider key principles in the design of their program:

“We support the South Australian proposal as it embraces these principles.

“It is now vital that Queensland, Western Australia, and Victoria sign their SAF agreement with the Federal Government, and that the other states that have signed, finalise their plans for growing apprenticeship numbers.

“The vocational education and training system desperately needs a fresh injection of funds to deliver the skills needed for Australia’s growing economy.”