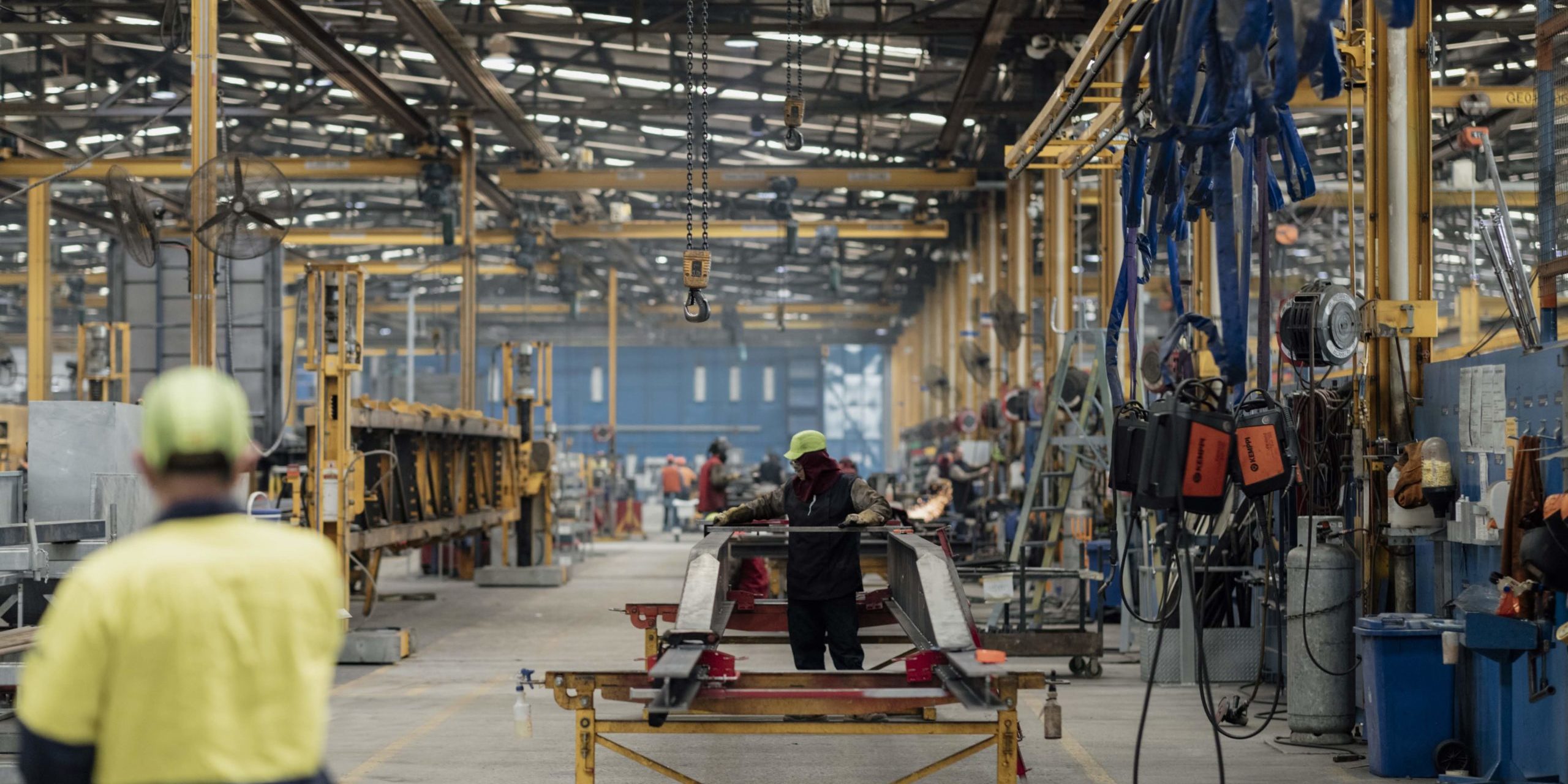 Manufacturers are benefitting from a strengthening of demand in the Australian economy, but are facing supply headwinds and escalating costs that are the most challenging in fifty years, the latest ACCI-Westpac Survey of Industrial Trends shows.

“The ACCI-Westpac survey indicates that business conditions are expanding and gained momentum in the June quarter. However, manufacturers’ ability to respond to rising demand is being curtailed by acute labour and material shortages. These shortages, as well as an energy crisis, have led to soaring costs and a squeeze on profit margins,” Westpac senior economist Andrew Hanlan said.

“The Westpac-ACCI actual composite index – a gauge of business conditions – lifted to 64.5 in the June quarter, with a reading above 50 indicating an expansion. That is up from 56.7 in March and from around 51 over the second half of 2021, during the delta lockdowns. This represents a return to conditions prevailing pre delta.

“Output and new orders expanded at a faster pace in the June quarter of 2022. Manufacturers responded to this by growing their workforce and increasing overtime, also at a faster rate than in March.

“Expectations are positive, with the Westpac-ACCI expected composite at 67.5, indicating respondents are anticipating that new orders and output will advance at a healthy clip in the September quarter.

“Manufacturing is benefitting from the rebound in activity with the reopening of the Australian economy. Consumers are spending more freely with fewer COVID-related restrictions. Government spending is also trending higher, so too business investment, across equipment and infrastructure projects.

“Disappointingly, upside on growth is being capped by significant and persistent headwinds, notably labour and material shortages.

“Manufacturers’ ability to produce is being hampered by labour constraints, which are the most acute since 1974, and difficulties in sourcing materials, which are the most pronounced since the oil shock of the mid-1970s. This reflects global supply bottlenecks and border closures.

“A net 51.7 per cent of respondents indicated that labour was “harder to find” in the June quarter, a dramatic deterioration from 26.3 per cent in March and 5.7 per cent a year ago.

“These supply headwinds are leading to rapidly rising costs. Manufacturers profit margins are being squeezed as escalating costs outpace higher prices. Cost pressures intensified further in June, as gas and energy prices surged. Some 59 per cent of respondents reported higher average unit costs, the highest reading since the high inflation days of 1985/86.

“The clear message from this survey is that consumers should brace for further sharp price increases.”

ACCI chief executive Andrew McKellar cautioned that despite manufacturers enjoying a remarkable snapback in activity from the pandemic, the sector’s recovery risked being crimped by soaring input costs.

“We’re seeing the economy running very hot.  Businesses are expecting that a surge in consumer appetite will provide a robust year of growth as they approach full capacity,” Mr McKellar said.

“Notwithstanding significant pressures, manufacturers are absorbing cost increases where they can. However, with more than 50 per cent of manufacturers anticipating that costs will continue to climb, higher consumer prices should also be expected, threatening to stoke inflation.

“The global shipping and supply chain crisis is leading to material constraints on a scale not seen in almost 50 years.  Compounded by a spike in gas and electricity prices, restoring resilient, efficient and secure supply chains and energy infrastructure is absolutely critical.

“Persistent labour shortages continue to plague the manufacturing industry.  Despite a third of firms expecting to take on new hires in the June quarter, markedly fewer did so, demonstrating the extreme difficulty that businesses are having recruiting and retaining staff.

“In light of chronic labour shortages, manufacturers have turned to existing workers for additional overtime as they race to keep up with strong consumer demand.  Approximately two in five firms reported an increase in overtime in the June quarter.

“While investment intentions remained positive, this measure continued to soften in the June quarter, with only a net 8 per cent of firms intending to increase plant and machinery investment in the next 12 months.  Australia risks lagging behind other advanced economies without a longer-term ambition to end a decade of decline in capital spending and productivity growth.

“With inflation predicted to hit 7 per cent by year’s end, and a global economic slowdown threatening to mar Australia’s economic recovery, it’s imperative that energy, labour and material impediments are overcome to ensure the industry’s sustained recovery.